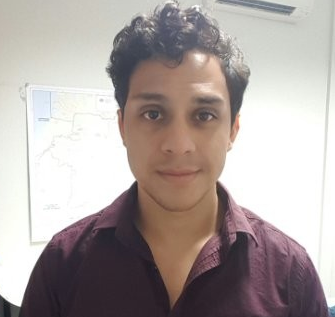 As the requirements for connection increasingly rely on archival material (1) and historical resources have become more widely available to researchers including the Aboriginal public (2), the research process inevitably uncovers people’s connections to land, often connections which have been dislocated for several generations. The status of people who have ‘come out of the woodwork’ to reconnect with ancestral forebears poses important questions about claim group composition and governance of country.

A key question is whether the descendants of these descendants should continue to be acknowledged as part of the normative society when they have not played a performative role? What should be their status when the kinship links to the ancestors are vague or not remembered at all?
Responses from expert anthropologists I have worked with has varied. Some consider that archival material does not constitute sufficient proof. Whereas others argue that there is sufficient evidence for their inclusion despite the lack of contemporary involvement in the community. Both approaches can be problematic.

The former challenges connection, governance, and conflict. The latter accords with what has been articulated as ‘dormant rights’ which can be activated if some conditions are met (3), whereas the former negates such possibility.

In working through such conundrums in native title claims my experience is that restricting membership underplays the complex system of rights conferred by Aboriginal people (4). I suggest that the inclusion or exclusion of ‘people that came out of the woodwork’ must be understood in the context of types of rights to country; particularly with reference to ‘dormant’ or ‘inchoate’ rights, the requirements for the transition of these rights to ‘primary’ rights (if possible), and the role of the jural community in the process.

In this research project with CNTA I explore this hypothesis and its implications for urban/rural areas of the southern Cape York peninsula in North Queensland. 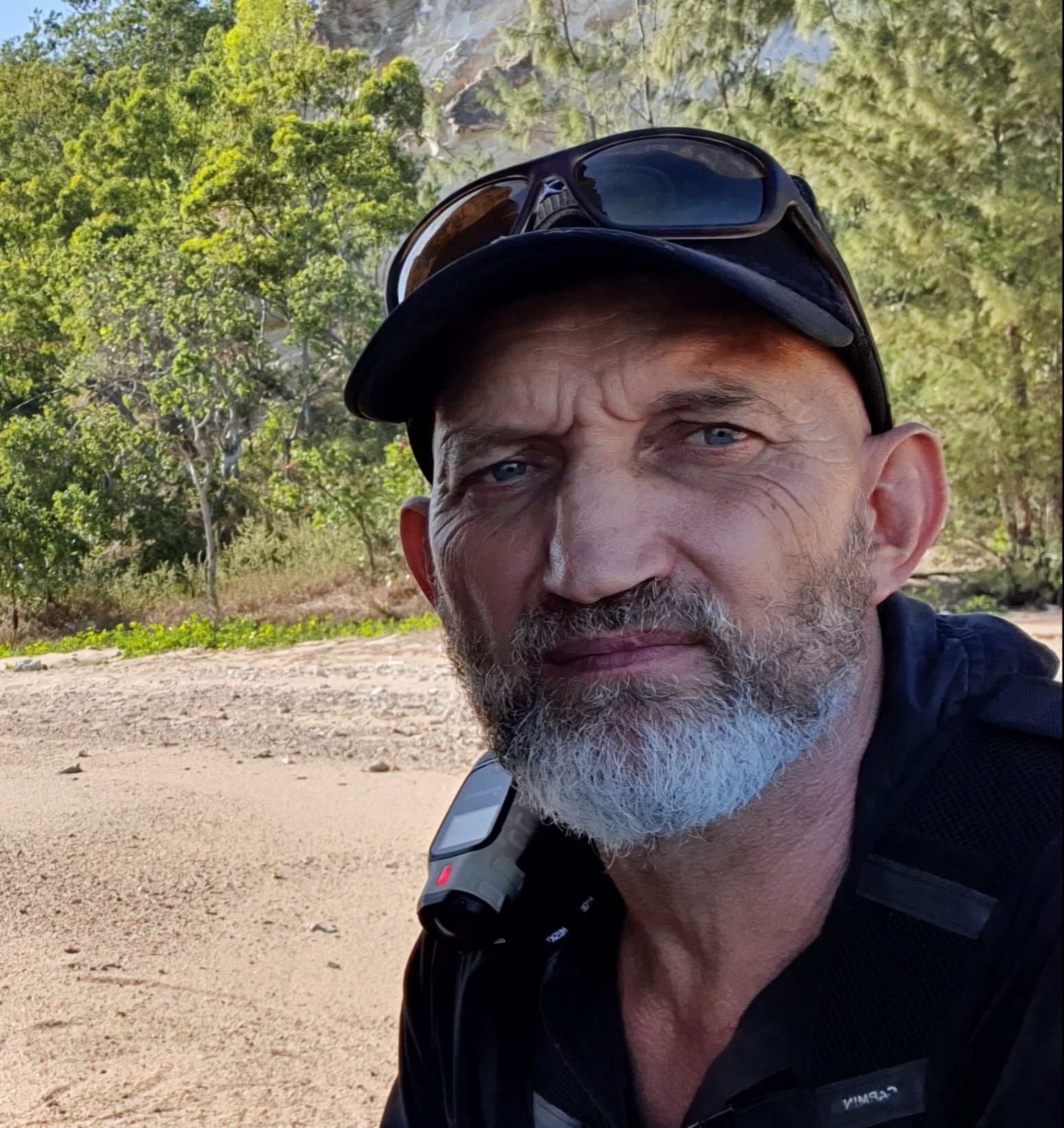 I undertook a CNTA Guided Writing placement in April 2021. It was a rewarding and refreshing break from my usual working life and provided a great opportunity to pursue a topic of interest without distractions. I focused my research and writing on issues of Aboriginal sacred site damage, seeking to apply what I have learned from my experiences of such events across the Northern Territory to the currently pressing issue of Native Title compensation for cultural loss.
Incidents of site damage reveal deep and often highly complicated impacts on individuals and societies which can challenge the ability of groups to reproduce themselves and their cultural practices across time. I aim to get behind the language and rhetoric of loss in order to provide some analysis how groups engage and deal with such events. Hopefully, this will inform the understandings of loss in future compensation matters.
The placement was a welcomed opportunity to re-engage with some classical anthropological literature as well as to engage with a vast amount of new materials. Of great benefit was the ability to get ideas discussed and teased out and I look forward to continuing my writing and my discussions with Nic and Julie (and others) with a view to producing a paper in the near future. 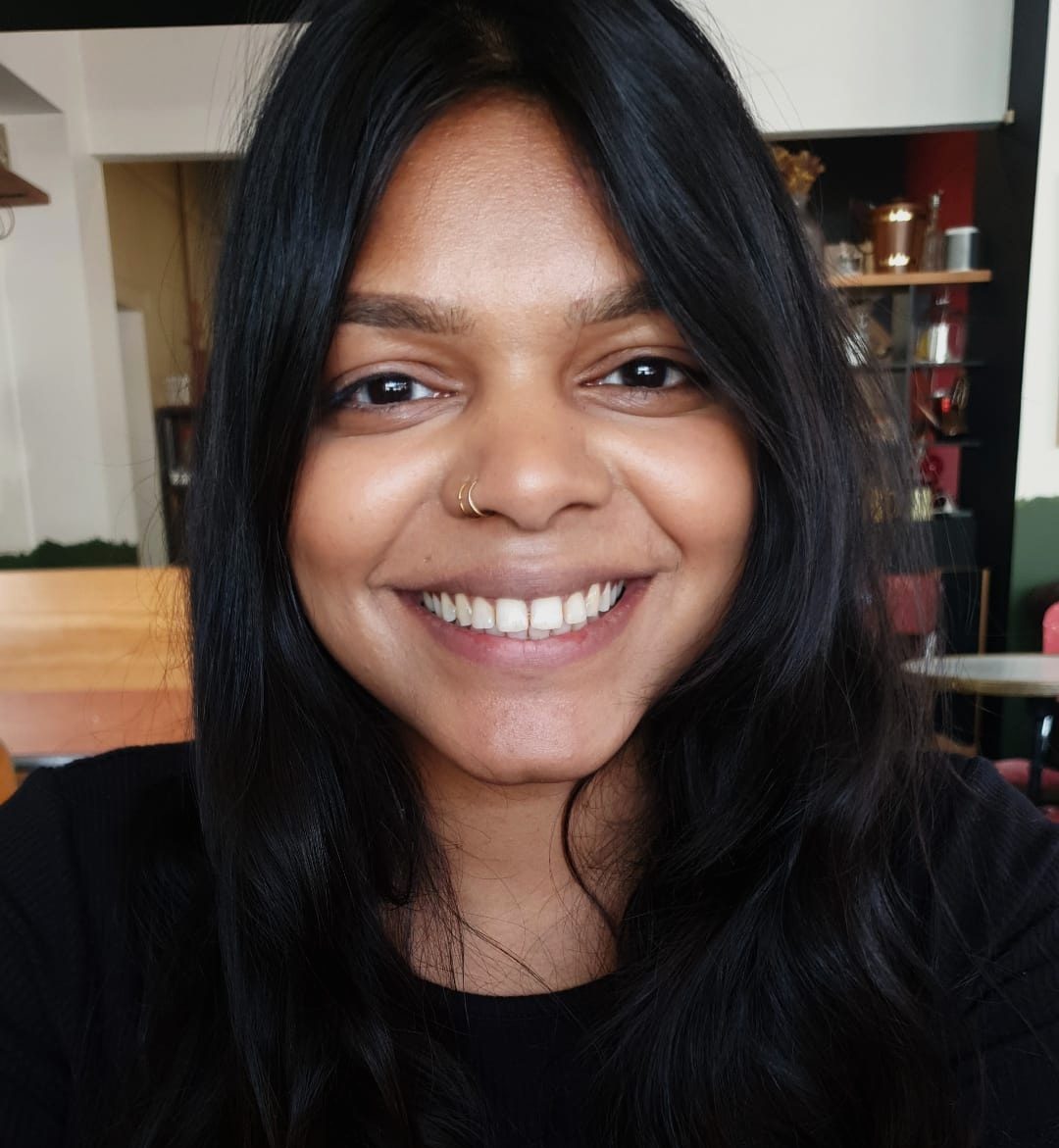 I undertook a research placement with CNTA in early 2021. The topic I settled on related to the experience of, and engagement with, young Aboriginal people in native title. This led to an annotated bibliography and a research proposal. I thoroughly appreciated the opportunity to take time out of my regularly scheduled programming.

The research environment was supportive and encouraging. 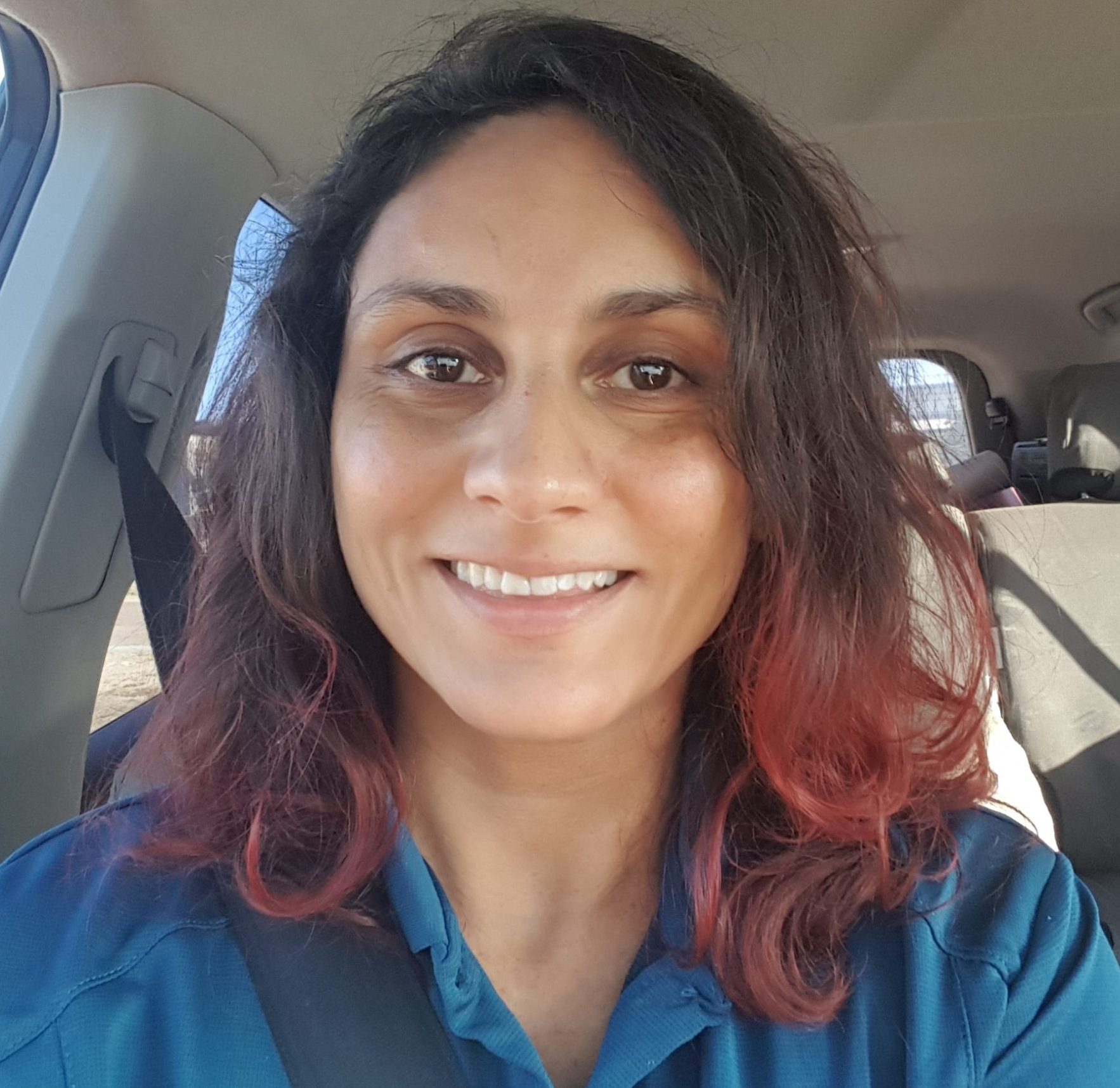 This year (2020) I was able to undertake a CNTA guided research placement. Both Julie Finlayson and Nic Peterson were flexible and deft in navigating both Covid restrictions and our own schedules to allow for me to embark on a challenging stint at ANU.
The project I chose to write about uses an ethnographic example of a Native Title Information Meeting to unpick some of the key issues facing new anthropologists who are working on Native Title claims. I attempt to review and consider anthropological insights which I find are paramount to the broader concepts (and legal requirements) of consultation with our clients and decision-making in Aboriginal communities.
This exercise has been useful as I have been able to have the time and support to consider what role anthropologists play in these meetings as both NTRB employees and as professional observers of culture and society.
Both Nic and Julie’s experience working with Aboriginal people, as anthropologists and people who are familiar with the land council sphere, have enhanced my own knowledge of Aboriginal society, Native Title, and my own roles within a NTRB.
I highly recommend this program to any new or experienced anthropologist who wants to inform their own practice and make sense of what they are doing from a wider academic standpoint. 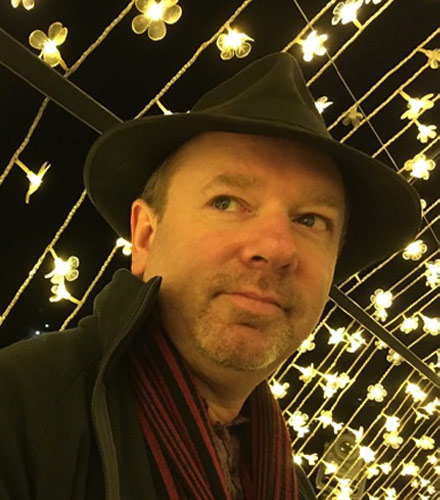 The CNTA placement gave me an invaluable opportunity to pursue my research and to test my thinking with the support and critical engagement of senior practitioners in this area. It enabled time away from the demands of native title work to consider the bigger picture and to reflect more analytically on current issues confronting native title practice. The placement facilitated access to the considerable intellectual and research resources available not only within the CNTA and the ANU, but also to the CNTA’s wider network of native title expertise. 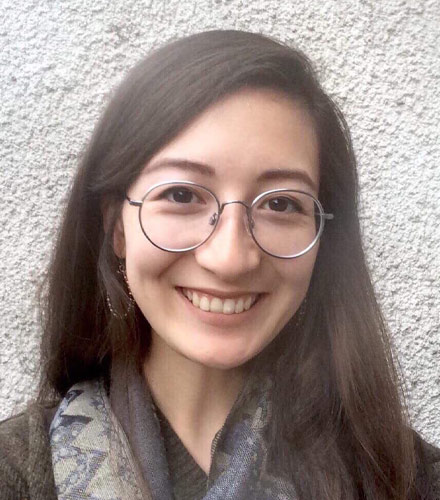 In February 2018 I had the opportunity to explore the complicated relationship between anthropological research in native title and photography and film as research tools as a lucky participant of the CNTA Writing and Research placement. It allowed me to conduct focused research on an issue in native title that I was interested in, and opened up dialogue with an array of experts I might not have otherwise had the chance to connect with. Additionally, being at ANU through CNTA provided a stimulating environment that was rich in both academic resources and support. 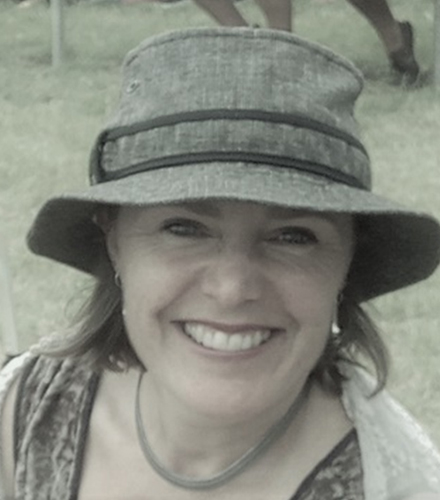 In 2016 I undertook a Writing and Research Placement with the CNTA. I researched existing anthropological materials associated with Registered Native Title Body Corporates producing an annotated bibliography.

The benefit of this placement was that I gained a national perspective of Registered Native Title Body Corporates which in turn improved my professional understanding and approach to applied anthropology. The placement also provided a good opportunity to produce a document of use to others in the field of native title anthropology. 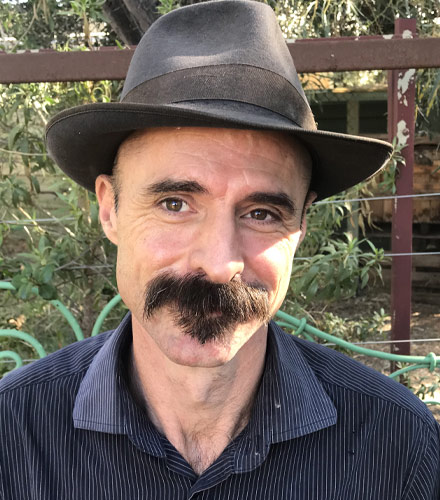 I was offered a CNTA Guided Research Placement in 2016. My research topic focussed on principles of succession and the preservation of rights and interests in country within the context of native title. I am very grateful for the opportunity the CNTA Research Placement afforded me. Overall I found the experience invaluable in developing my publication-focussed writing and analysis skills. I benefited enormously from the guidance and generous advice provided by Julie and Nic, as well as that which I received from other researchers I connected with at ANU. 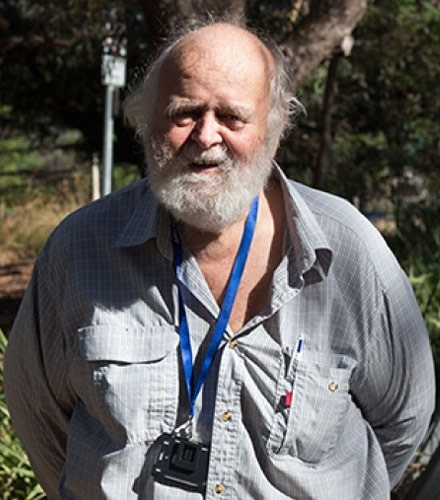 Being a CNTA scholar was a rewarding experience. It gave me the opportunity to interact with the anthropological team at ANU catching up on all the newest views and approaches in Native Title plus the latest gossip.. It allowed me time to read and research in a quiet supportive environment. I developed some great ideas from the experience. I was a scholar in 2016 and researched the effect of organisational structure on the anthropologist’s role in Native Title Organisations.