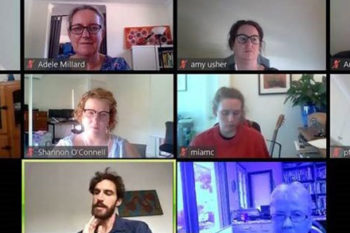 During the Covid-19 lock down, CNTA is sponsoring virtual meetings of all NTRB/NTSP Research Managers. The objective is not only to support communication amongst peers, but to facilitate discussion around emerging Native Title issues, such as compensation, and their implications for anthropological methodologies and opinions around the issue of ‘cultural loss’ identified by the High Court. 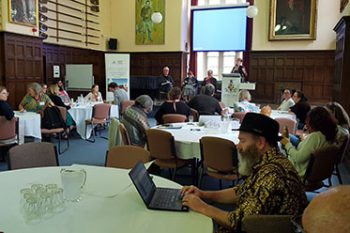 CNTA is extending  its online outreach by commissioning a set of podcasts and videocasts which focus on core matters relevant to the roles of anthropologists in Native Title claims, in part because anthropology graduates from Australian Universities no longer have any training in subjects specific to Native Title practice. These podcasts are thus designed to be of  particular utility to anthropologists entering the Native Title arena, acting as a guide to key concepts and to the relevant literature.

From 15th April, CNTA auspiced three virtual workshops for the staff of Cairns-based Native Title Representative Bodies. On the 15th Sarah Bell presented a carefully crafted account of a best practice example of the development of a complex ILUA process.

In the presentation on the 16th, David Martin outlined certain erroneous assumptions typically made in the design and operation of Prescribed Bodies Corporate (PBCs) that hold or manage the native title for Aboriginal groups. He argues that addressing these requires collaborative involvement of both lawyers and anthropologists in working with Native Title groups in establishing the social and cultural viability of these important corporations.

On the 24th, Nic Peterson provided a brief introduction to some basic features of Aboriginal kinship, focusing on the different ways in which people are classified: as relatives, by descent, and by moieties, as well as the difference between cross and parallel cousins.  I look at what W. H. Rivers meant by the ‘Genealogical Method’ before talking about some practical issues in the taking of extended and brief genealogies.  The talk ends with reference to the way that the large age difference at marriage between girls and their first husband in classical promise marriage systems. Such systems were operative in remote Australia until the 1970s, and greatly affected kinship, genealogy, and the social systems more generally.